When Horizon Structures shipped out 3 commercial grade kennels from PA to CA to the renowned Helen Woodward Animal Clinic, it was expected that the kennels would only be used temporarily while a new clinic was being built.

One of the wonderful facts about Horizon Structures prefab kennels is that they can be moved at any time and, in this case, that’s exactly what happened. The 3 kennels Helen Woodward Animal Clinic purchased from Horizon for their transition, were all shipped from Atglen, PA to Rancho Santa Fe in 2017. Read about how that came about HERE.

When the new construction was successfully completed, the interim kennel was offered for sale to neighboring rescues. Yucaipa Animal Placement Society {YAPS}, in Yucaipa, CA, seized the opportunity to purchase it for their rescue program and move it 99 miles!

We spoke with Executive Director at YAPS, Annette Florez, to find out how more about their experience: 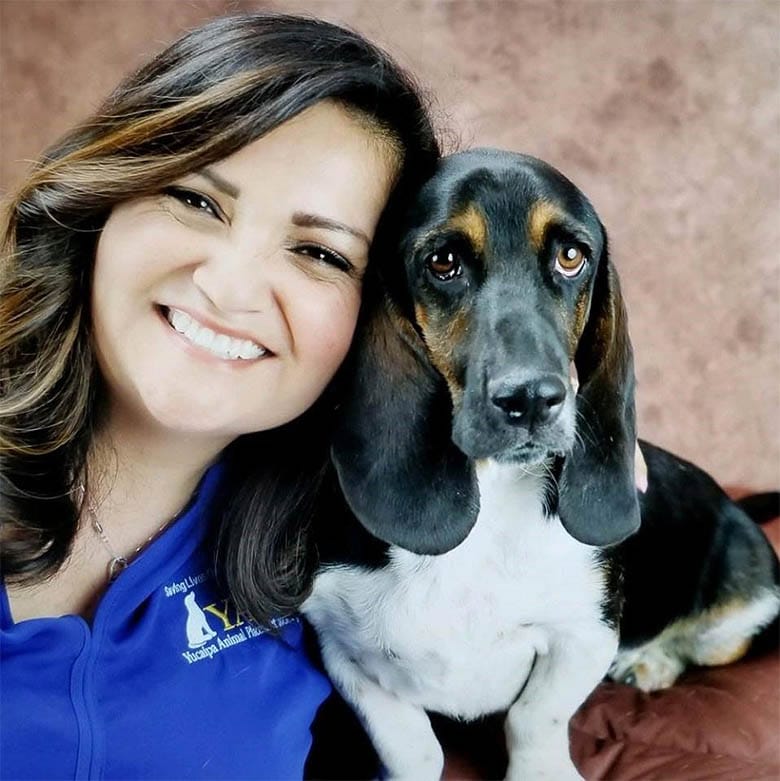 “At the end of July 2019, Yucaipa Animal Placement Society began the remodel for the Canine Holding Area. Funding to kick off this project was received by private donations and a grant from Stater Bros Charities. We were excited to break ground on the remodel but our only dilemma was where would we keep the dogs that we pull from municipal shelters.

As a pet rescue facility, we find it necessary to separate recently rescued pets to avoid possible contamination of our adoptable pets. The length of stay in the canine holding/quarantine area is 10-14 days and during this time we are paying attention to each pet’s eyes, ears, nose, fecal matter and respiratory activity. This care is necessary to creating a healthy environment for the pets at our facility. We pride ourselves on the cleanliness of our facility and the care we provide for the pets.

It was serendipitous when I received an email from the Helen Woodward Animal Center on August 7, 2019. The email contained photos and information about 3 modular kennels that they were selling. They used the kennels while their new kennels were being constructed and now that their construction was complete, they wanted to resell them to existing rescues at a drastically reduced price.

I immediately responded to the email to express interest. Rita Truderung of the Helen Woodward Animal Center immediately responded and that was the beginning of the process to get one modular kennel from Rancho Santa Fe, CA, to Yucaipa, CA. The distance between the two facilities is approximately 99 miles. Arranging for transport was more complicated than we thought. It took almost two months to the day for the modular kennel to arrive at YAPS from that initial email in August. It was just in time because we had dismantled our Canine Holding Area kennels about 3 weeks before we received the modular kennel. It was a tight squeeze but the transport company did an amazing job of getting the kennel placed precisely where we envisioned it.

The temperature controlled modular unit came to us with 9 built in kennels. As soon as we received the structure and had it secured, we rescued 8 dogs from local shelters. The unit is secure and stands up daily cleaning with professional grade disinfectant. We love that each kennel has an indoor and outdoor area, allowing the dogs the opportunity to get fresh air. Our Canine Holding Area remodel is nearly complete and we plan on keeping the modular kennel to hold special needs canines in the future. 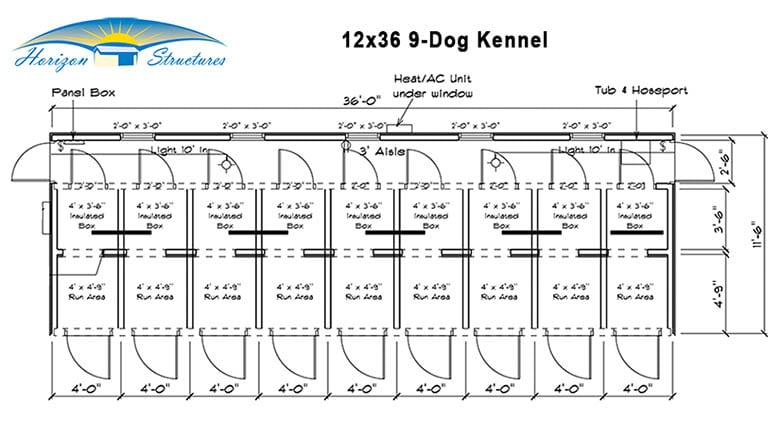 Adding the modular kennel to the grounds of our facility has made it possible for YAPS to continue to save the lives of orphaned pets while we have been under construction for the past 6 months.”

Organizing the kennel move was not easy. The task fell to YAPS Operations Manager, Ginger Bryk who shared this account of she handled the transport of the kennel to its new neighborhood: 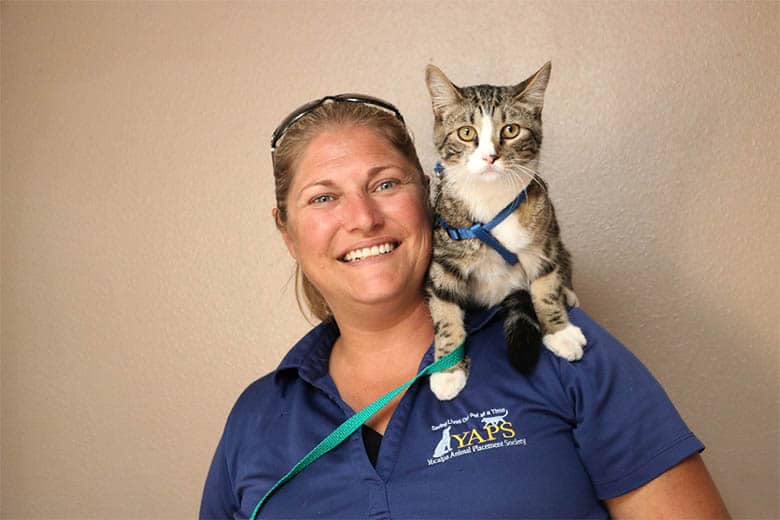 The easiest part was working with Helen Woodward on the arrangements in purchasing the building.We had even reached out to Horizon for transport companies and received help in that area.However, due to costs, we decided to use the same company the other rescue was using.”

Bryk has been involved in the dog rescue business for many years, but it was not always the case.

“I came from a rigorous work-life at a CPA firm where I worked over 300 hours overtime a year. I was never home to enjoy my animals, let alone my life.I made a decision to take a “job” at YAPS for a third of the pay I was accustomed to.Never did I think YAPS would completely take over my life in a positive way.I would never change my life now.I can’t own nice things because of naughty animals, but I love those naughty animals with all my heart,” explained Bryk, who is the proud adoptee of three dogs from YAPS.

“I am a dog owner of the adoption “rejects” from YAPS.I first fostered a 2-year-old Vizsla/Lab mix, “Mark”, who was almost completely feral.He came from a so-called Rescue out of Dana Point that was closing down.He lived in my backyard under the bushes for two months before he started trusting me.Mark learned to follow the routine of my other dogs and gradually began to learn to be a “dog”.I have owned him for 6 years now and can leash him up and pet him.He would rather not have me touch him, but loves to rub his head in my hair.

My next “reject” was rescued from a breeding mill and had a horrifically matted coat.“Lincoln” is a Tibetan Spaniel and was so painful, he would aggressively bite if you pet him past his head.I had to wear thick winter gloves to groom him and teach him that “petting” him was not hurting him.Four years later, he is the most lovable dog and wants everyone to pet him!! My final “reject” is a 5-year-old Beagle mix, “Jerry”, who was also fearful.This little guy just needed some time and patience to learn that being picked up and held was not something to panic over.Three years later, he still isn’t sure about being held, but sleeps in bed under the covers.I am so grateful to work someplace that helps so many dogs and cats find homes.We pride ourselves on taking cases that aren’t just “cute and fluffy”.”

Not surprisingly, the Horizon Structures kennel has made a huge difference to the busy YAPS facility:

“This has been a much needed addition to YAPS.We have had the kennels full since the day it was delivered!! We are currently under construction to update our existing quarantine area and the building has allowed us to continue our intake efforts.We have plans for using it in the future as boarding kennels and/or a nursery. I am happy to see that our rescue efforts can continue while we are under construction.We can continue to save lives from the high euthanize shelters and do our part to control the pet population.” 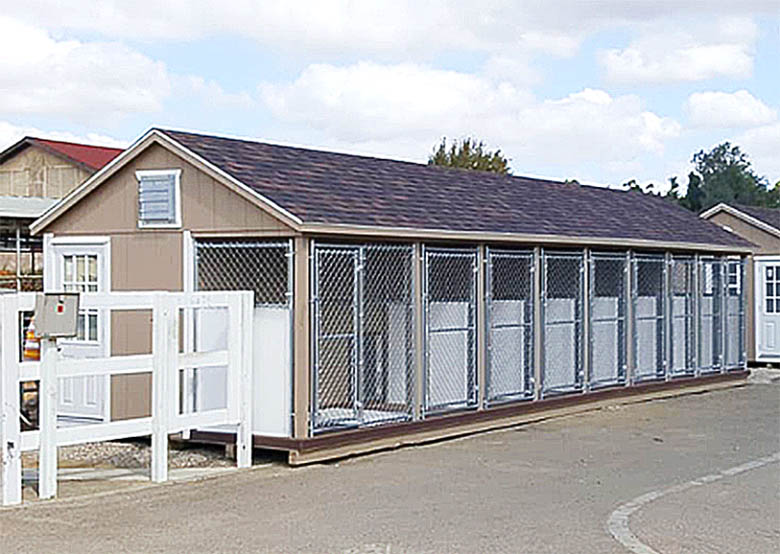 When asked what one thing Bryk would say to another rescue about what to look for in a kennel to make their lives easier she shared this advice:

“These kennels {Horizon Structures} are easy to clean and maintain.The building is compact to fit onto a small property and doesn’t require permanent foundation or connections.This is a great “start-up” kennel for a Rescue.” 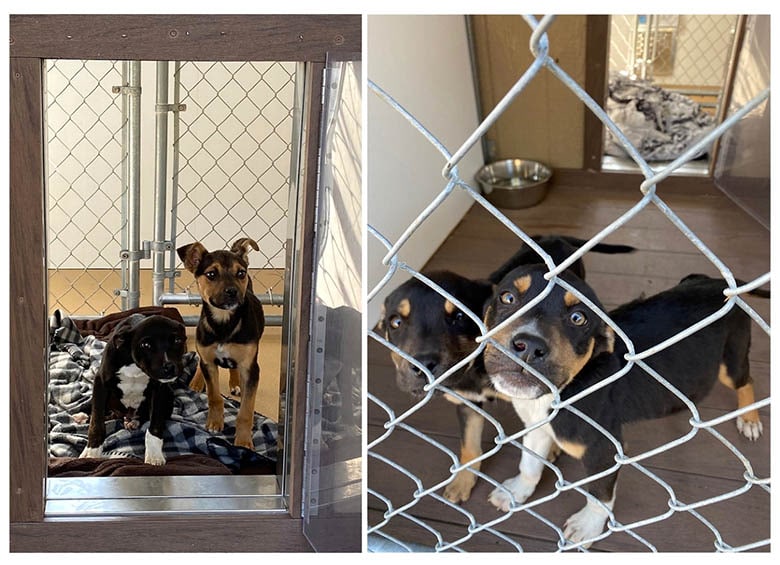 The team at Horizon Structures is very happy to hear that the kennel has made a successful journey from Rancho Santa Fe to Yucaipa, CA and is once again providing shelter for a variety of different dogs in need.

If you are interested in reaching out to adopt a pet or would like to help fund this rescue please don’t hesitate to contact Annette Florez or Ginger Byrk at (909) 790-1440 or visit their website at www.yaps.org to find out how you can help.