Too often, people think about a kennel as somewhere to put a dog when you don’t have time for them. However, an outdoor kennel can be an invaluable training aid for a new puppy.

When used properly, a kennel can help you train your puppy so that they’ll get to spend more time in the house with you without destroying your things or making you crazy. Here are some tips on how to use an outside crate/kennel to train your new puppy:

What Do We Mean By “Kennel”?

When we talk about training your puppy with a kennel, we’re talking about a kennel that is separate from your home and has an indoor and outdoor portion. We don’t mean a wire or plastic crate. 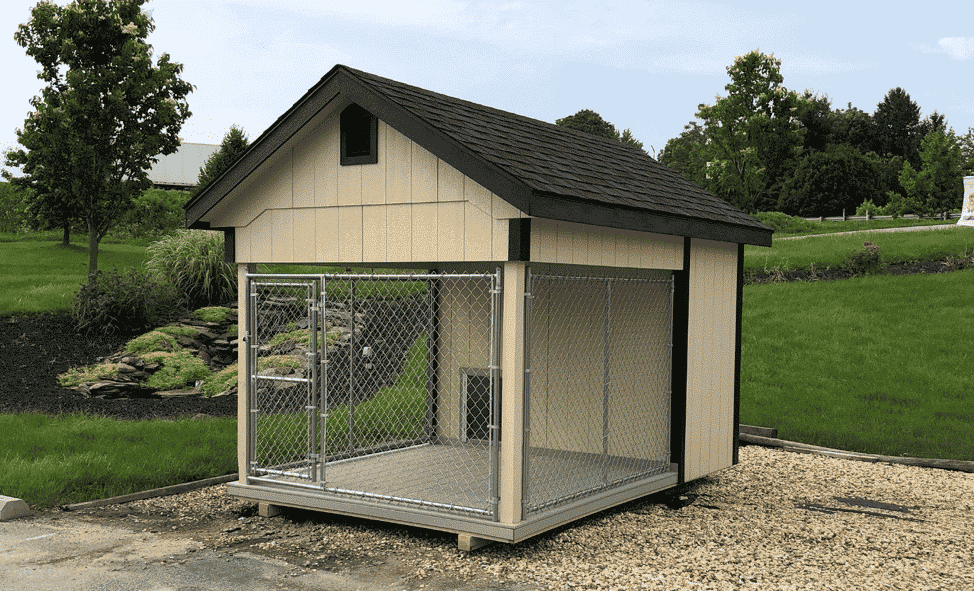 It should be just big enough to turn around in and stretch out when lying down, but no bigger. If you’re buying a kennel for the size your dog will be as an adult, you may need to block off part of the interior portion to make it small enough to be useful for potty training a puppy.

Train Your Puppy to Chew on Appropriate Things

For most people, one of the most challenging aspects of training a puppy is preventing them from chewing on everything in the house. Puppies explore the world with their mouths, so it’s perfectly natural for a puppy to put their teeth on everything. As puppies teethe, all sorts of unexpected things can be soothing to their sore gums. 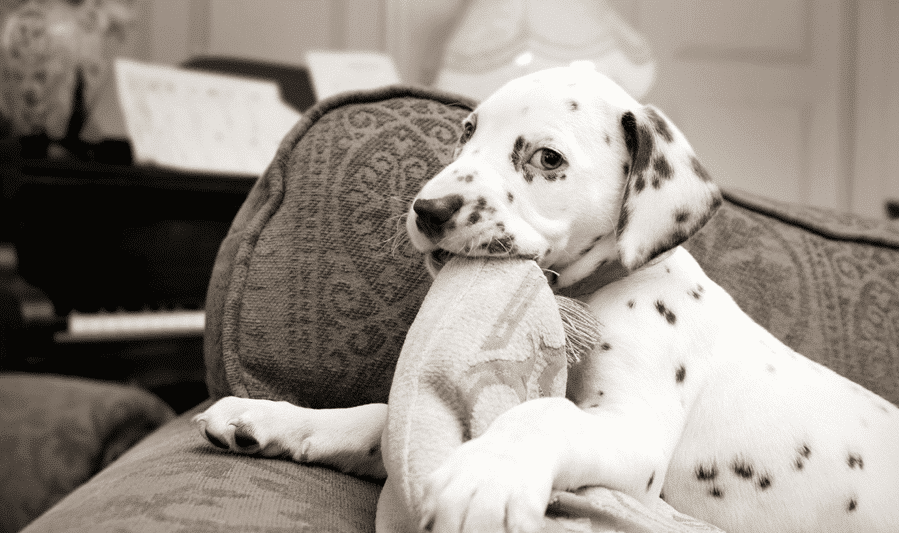 If puppies are allowed to chew on inappropriate objects, it is much more difficult to teach them to chew on the right things. Therefore, training a puppy what’s OK and what not OK to chew requires constant supervision. However, you probably need to work, eat, and take a shower, which can leave your puppy with the opportunity to chew on something they shouldn’t.

A kennel can be the perfect solution. Your puppy can hang out in their kennel with an assortment of appropriate chew toys and nothing for them to chew on that they shouldn’t. Using a kennel in this way has the double advantage of keeping your puppy from chewing on anything inappropriate and teaching them to enjoy chewing on toys.

Later, when your puppy sees the same toys in your house, they’ll recognize them as desirable things to chew on. This makes it less likely that your puppy will chew on something else in the house instead of their toys.

Just as puppies put their teeth on all sorts of things in your home, they’re also very likely to put their teeth on you. It’s perfectly natural for puppies to bite. It doesn’t mean that your puppy is aggressive or that they don’t love you.

Puppies bite one another and adult dogs in their pack. Play biting teaches puppies bite inhibition and makes a serious bite in the future less likely.

However, people have thin skin compared to dogs, and the same bites that are playful in a litter of puppies can be painful to you. When puppies get very energetic and keep biting even if they’ve been reprimanded, it can be very difficult for them to have the self-control to stop. 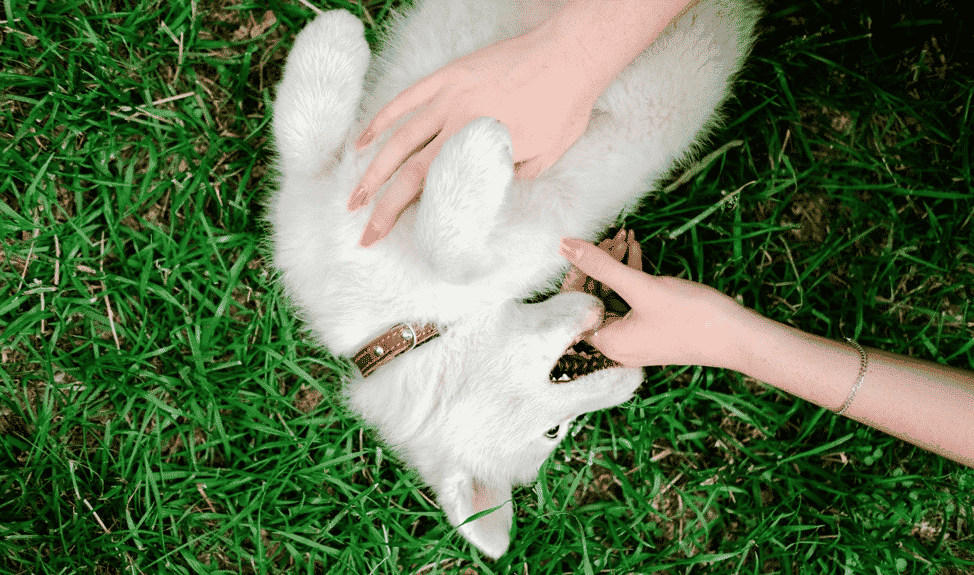 Techniques like physical punishment, yelping or yelling, or even biting the dog back are more likely to escalate the behavior or break the bond between you and your dog. Putting your puppy in their kennel when they can’t control their nipping is a great way to give them a chance to calm down and develop the self-control to listen the next time you tell them not to bite.

Ideally, when you’re potty training a puppy, you’ll let them out at least every 2 hours that they’re awake and after meals or periods of playing. You need to watch a puppy very closely for signs that they are about to have an accident inside so that you can get them outside to an appropriate place. Every time your puppy goes to the bathroom inside without you noticing it reinforces that it’s okay for them to do so, which will cause potty training to backslide. 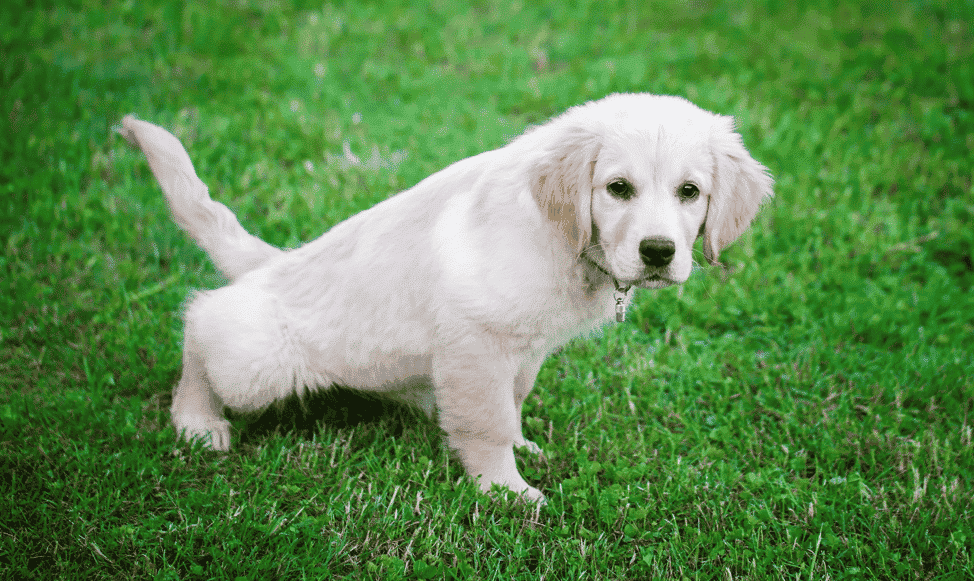 You may not be able to let your puppy out this often or watch them this closely. Paper training can be a great alternative that allows your puppy to learn to eliminate in the appropriate place themselves, without you having to take them outside.

There are some issues with traditional paper training, however. For one thing, it tends to be messy. Puppies love to play with paper or newspaper at the bottom of their pen, which can make laying down the paper and keeping it down a challenge.

Furthermore, once puppies associate paper with going potty, they may try to go on any magazine they find around the house. Some puppies even associate rugs with paper and will tend to go on rugs, which of course is not what you want.

Your puppy will naturally leave the inside portion with their bedding to go on the outer portion on the artificial turf. Gradually reduce the amount of AstroTurf until it’s only in a corner of the outer part of the kennel.

When your puppy gets old enough to hold it until you can let them out, they’ll naturally associate artificial turf with grass and wait to go outside on the grass. This can be a great way to potty train a puppy if you don’t have time to take them out every couple of hours.

While putting your puppy into a crate or another room can be helpful, your puppy may still be able to smell and hear you in the house. If later in life you leave them entirely alone and they can’t smell or hear you, separation anxiety could be triggered.

An outside kennel can be the perfect way to prevent your puppy from developing this kind of separation anxiety. Your puppy will learn that when they are in their outside kennel they can play with their toys by themselves and that you will return soon. 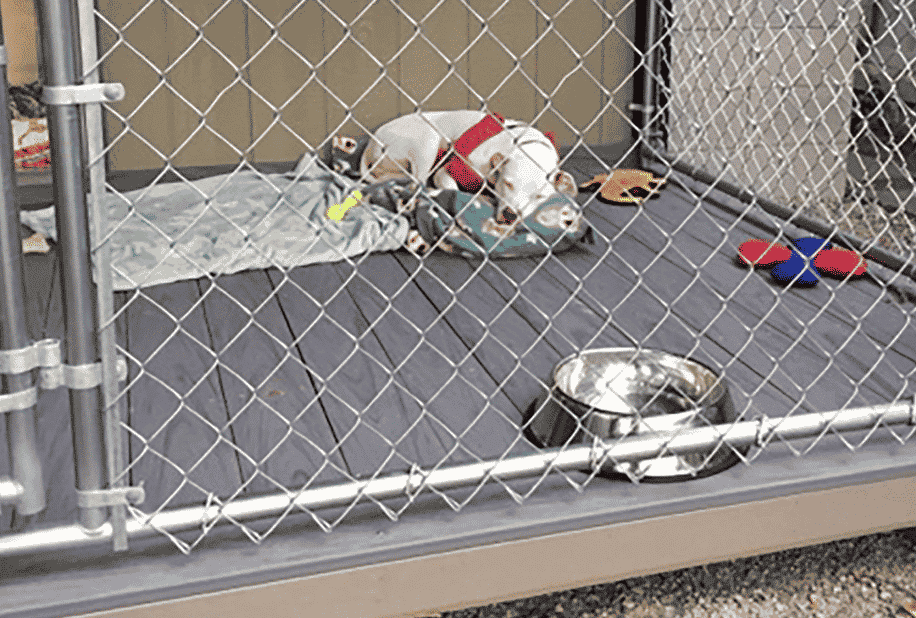 By doing this from the time your puppy is very young, you can teach them that being away from you is a great time to play with a particularly desirable toy like a stuffed kong and that it isn’t a cause for concern.

Another tip on how to crate/kennel train your puppy is to teach self-control, a skill that your dog develops, not a behavior that they are trained. Dogs with good self-control are much more pleasant companions. When used properly, a kennel can be a good way to teach your dog self-control.

Later in life, this skill translates to a dog that can look away from something tempting when on a leash or in the yard instead of giving in to the impulse to behave erratically.

Use a Kennel Appropriately to Train Your Puppy

A kennel can be a superb training aid to make your life with your puppy a lot easier and more enjoyable. The trick is to use the kennel deliberately and consciously as a training aid, rather than just using it as somewhere to put your puppy when they’re driving you crazy. By utilizing these tips, you’ll likely find that your puppy learns to be a more pleasant and happier companion. 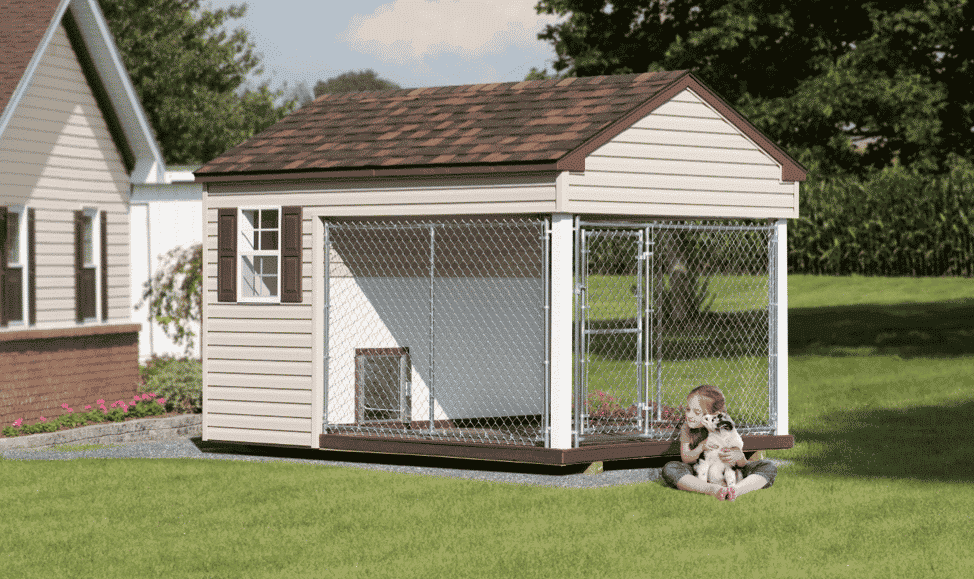 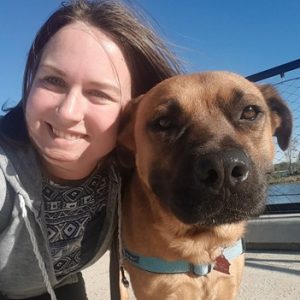 From the tiniest Chihuahua to the greatest of Danes, I am obsessed with dogs. I’ve been working with dogs professionally for over five years. I managed a private dog daycare and worked as a liaison at the University of Florida Small Animal Hospital. My experience as the liaison of integrative medicine, neurology, and zoo medicine at UF Small Animal Hospital gave me valuable insight into the challenges faced by pet owners with animals who have medical conditions. My time there also gave me the opportunity to care for a disabled dog and write a book about the experience. As manager of a dog daycare, I learned about how dogs play and interact, warning signs for aggression, and how to rehabilitate dog-reactive dogs. During my time there I was under the mentorship of two groomers, from whom I learned grooming essentials.  I currently work with high-risk shelter dogs and manage a blog to help other volunteers and foster families. I have two dogs of my own, a Maltese and a Standard Poodle pup.
All Posts
PrevPreviousBring Heritage Home with Traditional Board and Batten Siding
NextSimple Ways to Elevate the Outdoor Living Entertainment Experience ~ Your Recipe to Success!Next

The Four Seasons of Greenhouse Gardening

The Four Seasons of Greenhouse Gardening

Tips To Keep Your Dog Tick-Free This Summer